This is my personal blog, on which I talk about a variety of topics purely as they catch my fancy. Some topics are serious, others whimsical. I love comments and questions so don't be shy, just courteous, even if you don't agree with me. I have another blog, The Story Template, on which I post writing-related topics on Tuesdays and Fridays.

Let's see, a bit about me... I'm married with two children, and spend much time taking care of our family. In my life BC (before children) I was a scientist who did bench research. I am a Christian who came to faith under protest through studying the historic circumstances surrounding the death of Jesus. I've written one novel, A Lever Long Enough, that I'm honored to say has won two awards. I also have written a nonfiction book, The Story Template: Conquer Writer's Block Using the Universal Structure of Story. This book is a programmed learner-type book that helps you, the writer, develop a complete compelling story (novel or screenplay) from a vague idea.

YOU CAN CONTACT ME at amydeardon at yahoo dot com.

Relationships and Results Both Matter: Book Review of Cloud's Boundaries for Leaders 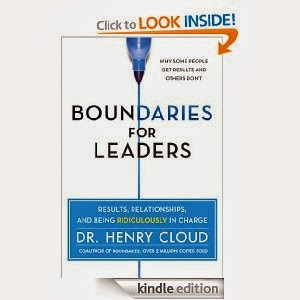 Relationships and Results Both Matter

People need to be valued, inspired, guided, and given freedom in order to do their best. Cloud talks about how the leader of a group develops a vision, takes full responsibility for fulfilling that vision, then helps and trusts his employees to fulfill that vision.

Cloud works with Boundaries, principles setting firm guidelines for what is and is not acceptable. His seven leadership boundaries are:

* Help people focus their attention on the things that matter most.

* Identify paths for people to take control of the activities that drive results.

* Create high-performance teams organized around the behaviors that drive results.

* Lead yourself in a manner that protects the vision.

Cloud's own vision in the book is encouraging performance and results that will make the leader's vision a reality, and build the employees in their feelings of competence and being *a team.* Obviously this is a win-win-win strategy.

The book is a bit dense explaining the neural reasons for why people do what they do, but helpful, and this lends credibility to why certain actions should be taken. Anecdotes break up the information to demonstrate, in a practical way, how to implement ideas.

Overall, a helpful read for any leader.

NOTE: I received this book from Harper Collins (Book Sneeze program) in exchange for my unbiased review. I was not required to give a positive review.
Posted by Amy Deardon at 1:00 AM No comments: 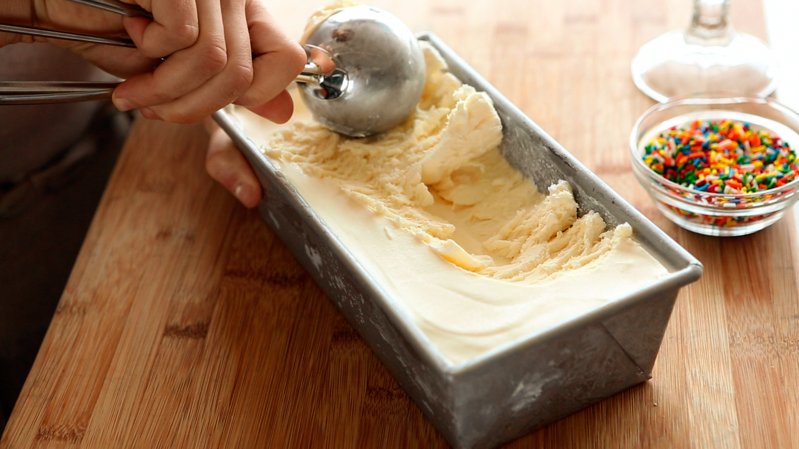 I found this recipe randomly on yahoo (link HERE). Haven't tried it yet, but it looks great! (I left out the bourbon they called for, but if you want you can add 2 T). I also added a little salt because I've noticed when baking that salt brings out sweet flavors.

This recipe is for vanilla ice cream that you can make yourself without having one of those ice cream machines. Perfect for these hot days...

It'll take you just 10 minutes to prep this satisfying and delicious homemade vanilla ice cream. The best part? You don't need one of those silly ice cream machines! Now that's magic, if you ask us.

Directions
In a medium bowl, stir together condensed milk, vanilla, and salt, (and 2 T Bourbon, if desired). In a large bowl, using an electric mixer, beat cream on high until stiff peaks form, 3 minutes. With a rubber spatula, gently fold whipped cream into condensed milk mixture. Pour into a 4 1/2-by-8 1/2-inch loaf pan. Freeze until firm, 6 hours.

This commercial always makes me laugh.
Posted by Amy Deardon at 1:00 AM No comments: 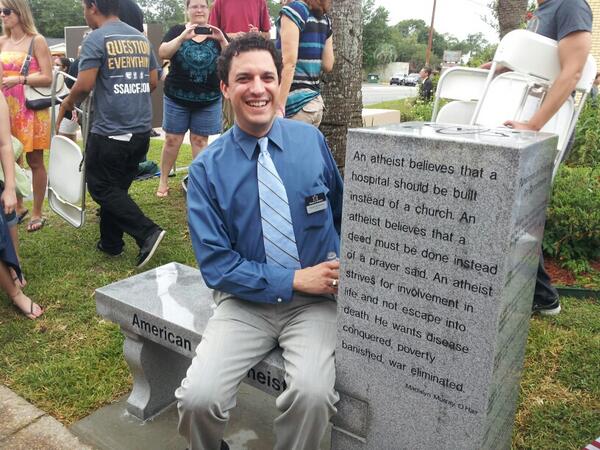 As a Christian and an American, I have no problems with this monument. I strongly believe in freedom of speech -- and just object when one view is "more equal" than others in the marketplace of ideas.

Christianity is not a threat. Christians strive to honor a God who sacrificed his own life for us human beings. Christians attempt to live peaceful lives and help those who are suffering. Christians believe there is a better place after death in which God is omnipresent. Those who don't want to be around God then don't have to be.

I came to my faith through studying the historic circumstances surrounding the death of Jesus (You can read about my thoughts as I searched HERE). I am not grabbing anyone by the throat to make them convert to Christianity -- as the quotation in Dale Carnegie's classic book goes: "A man convinced against his will is of the same opinion still." At the same time, I would deeply love to politely discuss point of view differences, and perhaps plant seeds or change minds -- not because I want to be *right,* but because I deeply believe understanding who God is and learning to love him is why we were made and the only thing that gives peace.

So Dave Silverman and American Atheists, good for you with this monument. It displays some inspiring sentiments, if not always those I agree with. I'd love to listen to your thoughts, and maybe we could take some time to better understand each other. If nothing else, you might learn what Christians really are like rather than hold to inaccurate stereotypes. Maybe I'd learn more about atheism and why it draws you.

A news story about the monument HERE.
Posted by Amy Deardon at 1:00 AM No comments: 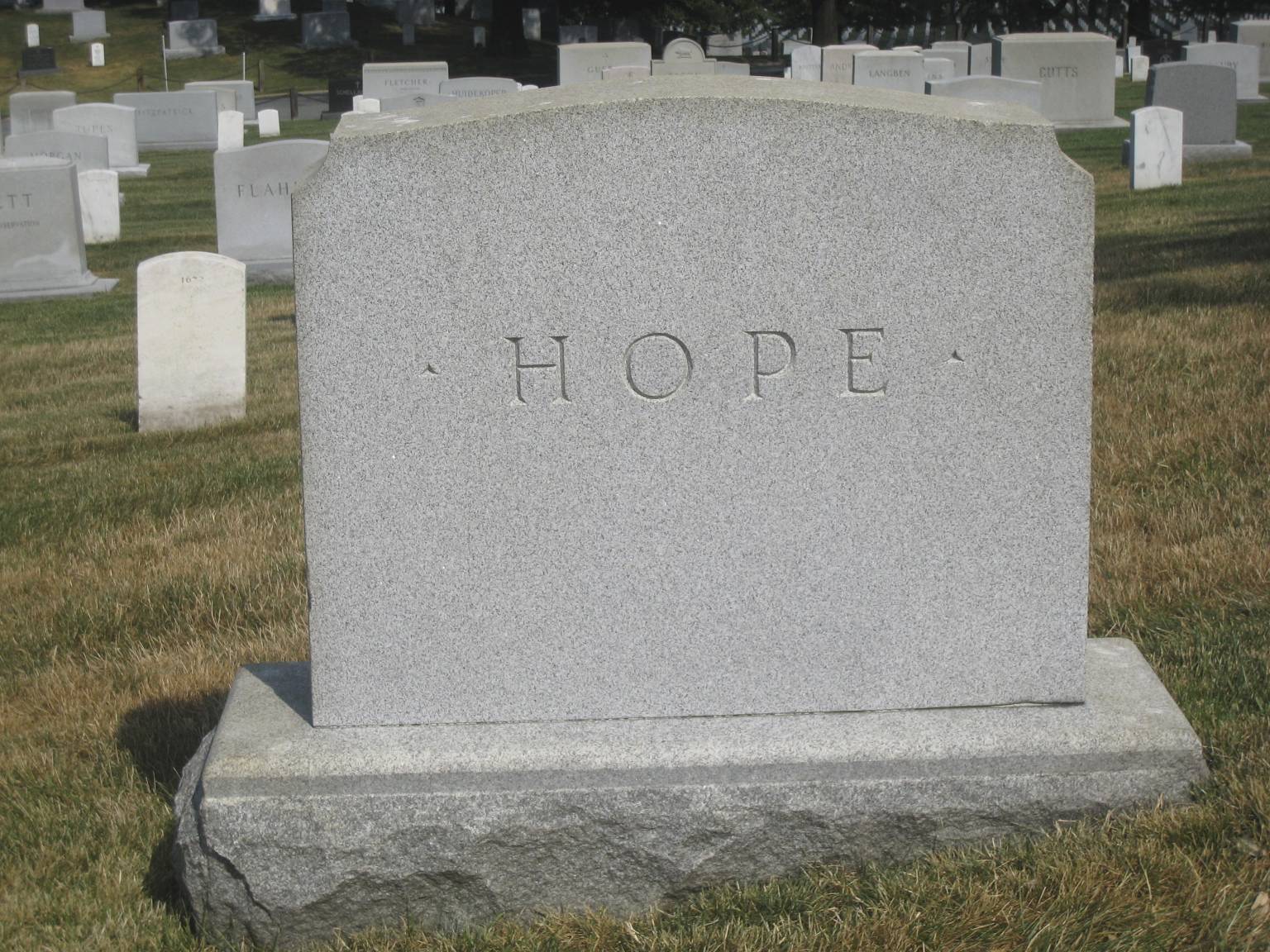 Time can seem to move slowly, until you look back and are shocked at how much has passed by. The fact is, 70 years is about 25,567 days -- not an infinite number by any means. King David writes "Teach us to number our days aright, that we may gain a heart of wisdom." (Psalms 90:12, NIV). Good advice.

I was thinking about this brevity of time, and what people have said when they come to the end of this world. Following are some last words, in no particular chronology. Some are funny, some sad, some thoughtful.

Now, now, my good man, this is no time for making enemies.
Voltaire (attributed), when asked by a priest to renounce Satan

Voltaire died a terrible death. His nurse said: "For all the money in Europe I wouldn’t want to see another unbeliever die! All night long he cried for forgiveness."

Don't worry...it's not loaded...
Terry Kath, rock musician in the band Chicago Transit Authority as he put the gun he was cleaning to his head and pulled the trigger.

Is someone hurt?
Robert F. Kennedy

Die, my dear? Why, that's the last thing I'll do!
Groucho Marx

Go on, get out! Last words are for fools who haven't said enough!
Karl Marx

I have a terrific headache.
Franklin Delano Roosevelt

I have not told half of what I saw.
Marco Polo

Since the day of my birth, my death began its walk. It is walking towards me, without hurrying.
Jean Cocteau

I don't have the passion anymore, and so remember, it's better to burn out than to fade away. Peace, Love, Empathy.
Kurt Cobain. Kurt Cobain (in his suicide note)

It's very beautiful over there.
Thomas Edison

Now why did I do that?
General William Erskine, after he jumped from a window in Lisbon, Portugal in 1813

LSD, 100 micrograms I.M.
Aldous Huxley
To his wife. She obliged and he was injected twice before his death.

They couldn't hit an elephant at this distance.
General John Sedgwick, Union Commander in the U.S. Civil War, who was hit by sniper fire a few minutes after saying it

Crito, I owe a cock to Asclepius. Will you remember to pay the debt?
Socrates

My wallpaper and I are fighting a duel to the death. One or the other of us has to go.
Oscar Wilde

There are no more other worlds to conquer!
Alexander the Great

So, now all is gone—Empire, Body and Soul!
Henry the Eighth

Let us pass over the river, and rest under the shade of the trees.
Stonewall Jackson

I don't know what I may seem to the world. But as to myself I seem to have been only like a boy playing on the seashore and diverting myself now and then finding a smoother pebble or a prettier shell than the ordinary, whilst the great ocean of truth lay all undiscovered before me.
Sir Isaac Newton

I have offended God and mankind because my work did not reach the quality it should have.
Leonardo Da Vinci

I desire to go to Hell and not to Heaven. In the former I shall enjoy the company of popes, kings and princes, while in the latter are only beggars, monks and apostles.
Niccolo Machiavelli

Why, yes! A bulletproof vest.
James Rodges, a murderer on being asked for a final request before a firing squad

On a wall in Austria a graffiti said,
"God is dead, --Nietzsche!"
Someone else wrote under it, "Nietzsche is dead! --God."

I am about to, or I am going to, die; either expression is used.
Dominique Bouhours, French grammarian

What is life? It is the flash of a firefly in the night. It is the breath of a buffalo in the wintertime. It is the little shadow which runs across the grass and loses itself in the sunset.
Crowfoot, American Blackfoot Indian Orator

I have taken care of everything in the course of my life, only not for death, and now I have to die completely unprepared.
Cesare Borgia

I am in flames!
David Hume

It is very beautiful over there.
Thomas Edison

Up until this time, I thought that there was no God neither Hell. Now I know and feel that there are both, and I am delivered to perdition by the righteous judgment of the Almighty.
Sir Thomas Scott

A Chinese Communist, who delivered many Christians to their execution, came to a pastor and said: "I’ve seen many of you die. The Christians die differently. What is their secret?"

HEAVEN
In childhood's days our thoughts of Heaven
Are pearly gates and streets of gold,
And all so very far away;
A place whose portals may unfold
To us, some far-off distant day.

But in the gathering of the years,
When life is in the fading leaf,
With eyes perchance bedimmed by tears,
And hearts oft overwhelmed with grief,
We look beyond the pearly gate,
Beyond the clouds of grief's dark night,
And see a place where loved ones wait,
Where all is blessedness and light.

And over all we see the face
Of Him who'll bring us to our own
Not to a far-off distant place,
For Heaven is, after all, just Home!

Werewolf It's Not Complicated

This commercial always makes me laugh. I couldn't remember what it advertised, but love the little girl :-)
Posted by Amy Deardon at 5:17 AM No comments:

Karen Kenny Testifies before Congress on how IRS Targeted her Group

Karen Kenny gave a powerful testimony before Congress on Tuesday June 4 2013, not only explaining how her group was targeted, but also letting Congress know what this was really about:

This dialogue is about the jackboot of tyranny on the field of our founding documents. To whisper the letters I.R.S. strikes a shrill note on Main Street USA. But when this behemoth tramples upon America’s grassroots, few hear the snapping sounds.

Watch the video for an illuminating and articulate presentation.

from http://therightscoop.com/this-is-about-the-jackboot-of-tyranny-karen-kennys-powerful-testimony-on-how-irs-targeted-her-group/
Posted by Amy Deardon at 1:00 AM 2 comments:

Amy Deardon
I am a scientist and novelist. Having written research articles, newspaper columns, and other nonfiction, when I decided to write a novel I was surprised by how difficult it was to get the words down.

View my complete profile
MY FAITH 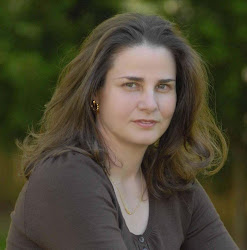 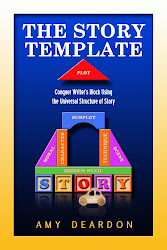 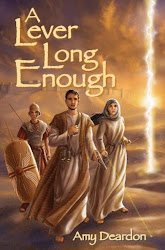